Q&A with Sister Madonna Buder, author of The Grace to Race 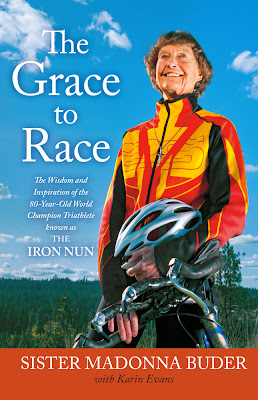 I had the good fortune to interview Sister Madonna Buder, author of The Grace to Race, a few days back.   My Catholic Post review of the book makes it clear how much I enjoyed this book, and Sister was gracious enough to talk with me on the phone for a long conversation about her racing and her vocation.  Following is the best of our conversation.  Thank you, Sister for your time and for your wonderful book!