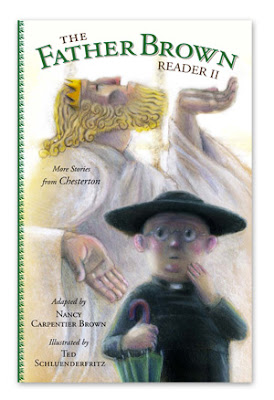 Here's my interview with one of my favorite authors and a dear friend, Nancy Carpentier Brown.  I hope you enjoy this interview, and that you will consider entering the book giveaway of her newest, The Father Brown Reader II.   That giveaway will begin running through Monday, so be sure to enter.   You can enter one of two ways:  by leaving a comment either on this post or a giveaway-specific post tomorrow.  The deadline for this is Monday, December 13.  On Tuesday, I'll select a winner.   It's a great book and would make a great Christmas gift!