Q&A with Matt Swaim, author of Prayer in the Digital Age 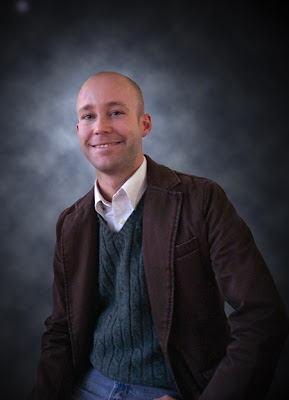 
As Christians, and especially Catholics, we have to be savvy, patient and charitable, no matter how easy it might be for us to act like old-fashioned, reactive and mud-slinging trolls whose best intentions cause us to do more harm than good, no matter how self-satisfied we might be after firing our semi-automatic “truth-guns” into the air.  When we do so, we get a temporary and false sense of empowerment, and everyone who’s not where we are theologically thinks we look ridiculous.  If the truth transcends generations (which we know it does), we have to tailor our representation of it to do the same.
Q. Do you think that Catholics have a special responsibility to be more light than
heat in their use of the Internet? I’m thinking of the quote from Pope Benedict XVI’s
message for World Communications Day this year:
“It follows that there exists a Christian way of being present in the digital world:
this takes the form of a communication which is honest and open, responsible and
respectful of others.”
How can our Catholic faith help with this?
Amen and amen.  Two of the greatest temptations in the digital age are to caricature our public personas, and to mask our public personas.  Perhaps we want all of our social network friends to know us as “that conservative dude I went to high school with,” “that guy who credits all his car repair discounts to Mary,” or “that guy who never posts under his real name but always has negative things to say about whatever level of customer service he just got.”
In the book, I try to dig into the difference between mere manifestation and full-on incarnation.  Online, you and I project images of ourselves; Jesus, in becoming the Word Made Flesh, went far beyond that into the realm of incarnation.  Manifestation is transitional and conditional; incarnation is radical and irrevocable.  When John Paul II, Benedict XVI and others, are referring to our responsibility to be honest, responsible, respectful and the like, I get the sense that they have been contemplating these distinctions between the kind of presence we can have in online communities and the kind of presence we can have in local communities.  There is potential for overlap between these two worlds; since Catholicism is a “both-and” religion, we have to exercise all constructive options when it comes to the enhancement of our appreciation for the faith, whether those options be online or in person.
Q. I really enjoyed the “Patron Saints in the Digital Age” appendix in the book. I
wonder if you would consider adding in a future edition a Peoria diocese native,
Servant of God Archbishop Fulton Sheen, as patron for perhaps podcasts or other new media evangelization, because of his groundbreaking efforts in using the media of his
time, primarily television and radio, to spread the gospel. Any other saints you
might want to add along with the great ones you chose?
Perhaps the most fun I had writing the book was in tracking down the various saints who predated the digital age by centuries but had some kind of life experience that correlated to the experiences we have today in a media-saturated cultural environment.  Servant of God Fulton Sheen is certainly among my heroes, if for no other reason than because he had zero fear of the media, nor made any apologies for the messages he communicated through it.  I think we can all look to him as a model; how often does someone come along who can be questioned neither in commitment nor in charity?  Nobody doubted that Fulton Sheen was dedicated to his cause, and yet, I sense that nobody was truly afraid to talk to him.  Please God, send us more of his kind.
Posted by Nancy Piccione at 9:26 AM